The Trade Me Charity Auction Prize was for a $40,000 travel package including two tickets to the World Cup Finals in Japan.

Sir Ray Avery said the prize package was generously donated to the Sir Ray Avery Foundation by Hello World Travel,to use as we wished.

So we thought the best way we could redeem the prize and fastest way to get good nutrition into the 20% of New Zealand Kids who go to school hungry without breakfast or lunch was to put the prize up for auction on Trade Me.

“Things were going fantastically well. Within just three days fifteen thousand people had viewed the prize and bids have already reached $14,500 but Nek Minut All Black Travel directed us to shut down the auction.”

David Caldwell cited a clause in the Terms and Conditions fine print which prohibited the marketing of a donated ticket and directed us to close down the Auction. Which sadly we have done.

I want to apologise to Trade Me and all Trade Me customers who viewed or bid on the auction, trust me I tried everything I could to keep the auction alive including contacting Steve Tew the CEO of Rugby New Zealand who did not respond to request for help.

Over the past twenty years I have had a very privileged relationship with the All Black Team and management.

Individual All Blacks like Sonny Bill Williams and Ritchie McCaw and many others have historically generously donated goods to auction to support the Foundations work, and from time to time when I have been called upon to provide motivational team coaching to the “boys” I think I may have come away more inspired than they were.

The All Blacks are clever powerful men and when you have seen them practice the Haka in the confines of a conference room the sound is unforgettable and makes your heart burst with pride.

The rights to internationally market one of our best sporting assets have been assigned to a foreign owned travel company and I wonder if a New Zealand travel company would have closed down the auction knowing that the proceeds of the auction would produce around 40,000 Amigo Nutrition Bars to feed hungry kids in low decile schools in New Zealand.

Sir Ray said we have been overwhelmed with requests from schools to provide free Amigo Bars. It’s heart breaking to hear some of the stories of preventable neglect and poverty prevalent in New Zealand.

To learn more about the Amigo School Nutrition program or to make a donation visit amigonutrition.org.nz

In response to the auction being closed down Executive General Manager of Helloworld, Simon Mckearney said, “what would be amazing would be if those with the supposed All Blacks tickets rights, stepped forward and matched the removed package to raise funds for hungry kids in New Zealand. Commercial New Zealand needs to accept that it has a part to play in protecting our young.” 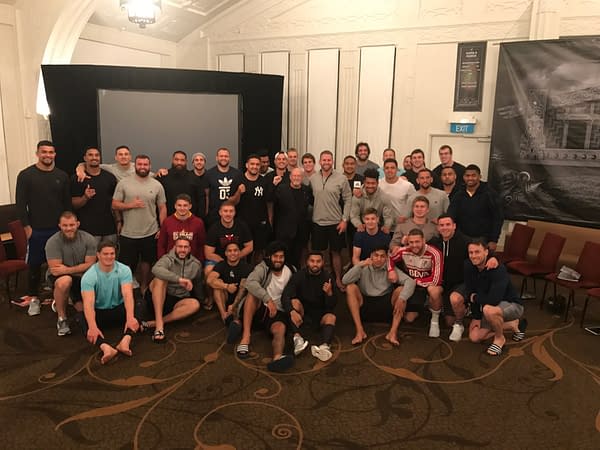 Amigo Nutrition
Amigo Bars are invented by The Sir Ray Avery Foundation. A New Zealand Charitable Organisation committed to developing innovative, affordable products and technologies that make a significant and measurable impact on improving access to quality healthcare on a global scale.